Rather interesting to see such a major movement of art, even if it is just across the river. I have been in this position of carrying priceless works from one side of the room to the other – a rather delicate and nervous feat. This has been taken to a whole new level. I also applaud the Uffizi for allowing visitors to see the reverse sides of canvas, especially ones that are of interest. Not able to get down to Florence in the near future, but hopefully they will stay on permanent view. The photo below is just amazing, as most museum do not allow the public to see such movements nor installations. 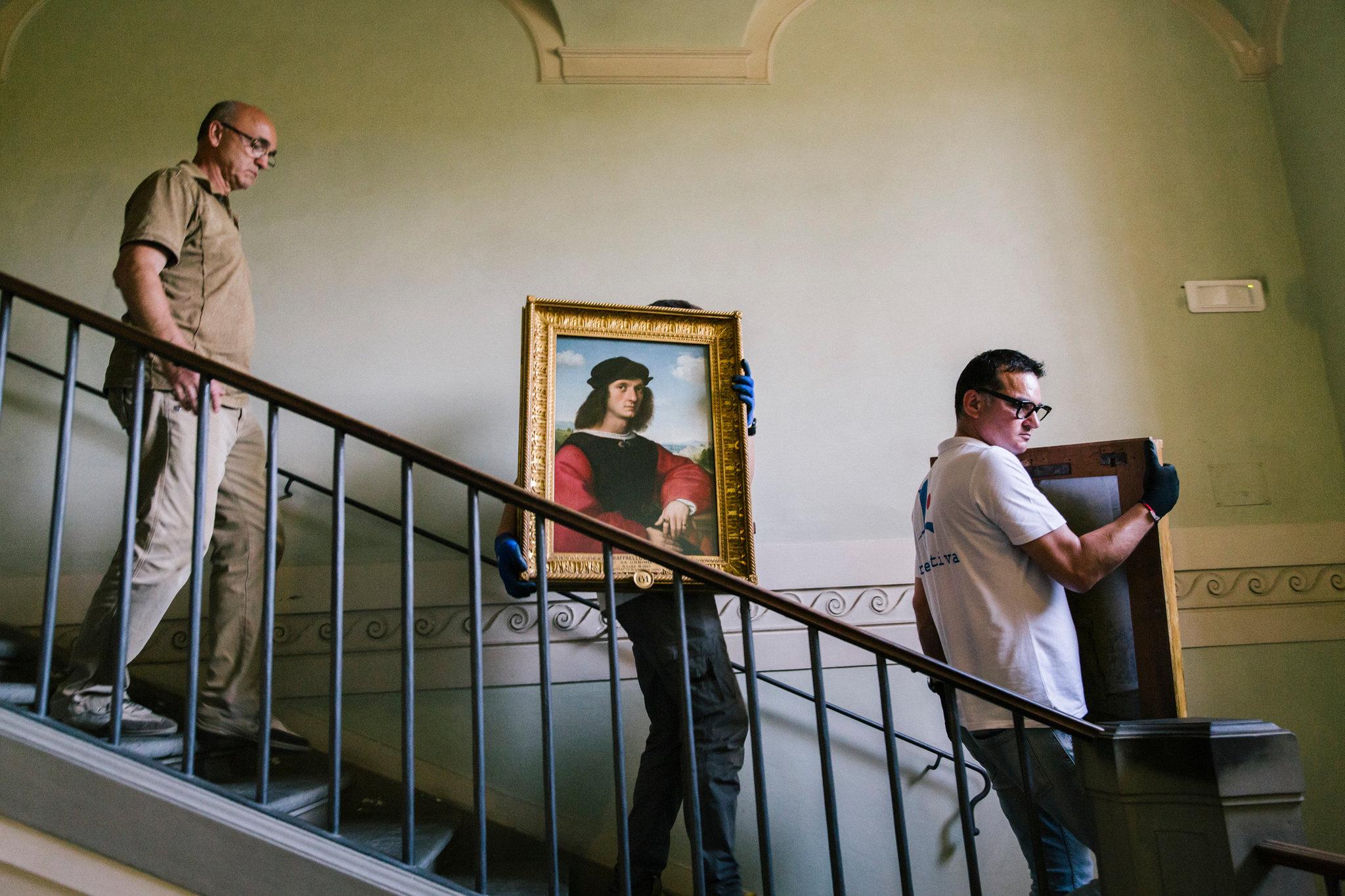 Used from Gianni Cipriano for The New York Times